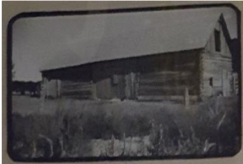 The first schoolhouse in the vicinity of what would become Timnath was a log school established in Weld County about a half mile east of the Larimer County line in 1866. In 1869, Larimer County was divided into six school districts with the Timnath area being placed in Sherwood District Number 6. In 1869 the Buss School opened one half mile south of Timnath. During the 1868-69 school year, there were 17 pupils enrolled in the district. In 1880, the Sherwood District was divided in two, with the dividing line just south of Timnath (today’s Harmony Road).

After the division, the district to the south became known as Riverside District No. 21 and the district to the north as Fairview District No. 6. In 1881-82, two new schools were built in the newly created districts. Riverside School was built south and east of Timnath near the river and was used by Methodists and the United Brethren. That frame building burned down in 1909.

Fairview District No. 6 built the one-room Fairview School in 1882 one-half mile north of Timnath at a cost of about $900.00. There were 18 students during that first year. By 1879 it held about 50 students. As was common at the time, Fairview School was also used for religious services by the Presbyterians with people coming from miles around. Men of the community maintained the school. That wood-frame school was razed years later in 1974.

During the 1890s there was talk of consolidating the Fairview and Riverside Districts to build one larger school, but Riverside District was not interested. Needing larger facilities and desiring to expand to eight grades, Fairview District held an election in 1900 to approve $4,000 in bonds for a new two-room school at the edge of Timnath. A new two-room red-brick schoolhouse was built and it housed students in grades 1-8. It later became the school’s cafeteria and is now the Timnath Elementary Art room. After the red schoolhouse was built, most of the upper-grade pupils of Riverside and Northview (north of Timnath) attended Fairview by paying tuition.

The issues of consolidating districts continued to be discussed, with Fairview District No. 6 campaigning that if neighboring small districts consolidated with them, they could accommodate every child through the 12th grade and also provide transportation. The consolidation was overwhelmingly approved by Timnath voters as well as those in the Riverside and Northview districts. In 1918, the three small districts consolidated and the new district serving grades 1 through 12 became Timnath Consolidated School District No. 62. Prior to 1919, the high school students had to ride the train to Fort Collins to attend high school, but now they could attend school much closer to home. 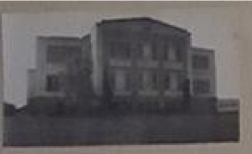 The cornerstone of a large new school was laid on January   23, 1919. Local farmers used horse teams to grade the school   site. The two-story brick building was considered one of the   finest educational facilities in the state upon its opening,   when 240 students were enrolled. 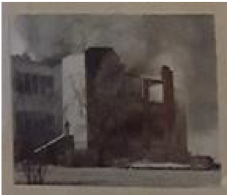 Thursday, March 21, 1935, a fire started in the footlights of the school’s stage and the stage curtains caught fire. Despite efforts of the school superintendent, students, local farmers, and the fire departments of Windsor and Fort Collins, the building was gutted and only the brick walls were left standing. Everyone safely evacuated the building and no one was injured. The following Monday and throughout the spring of 1935, classes were held in the church, the bank building, and in garages and basements all over town. If you look closely, you can still see charcoal-gray soot marks left behind on the blond brick by the fire.

In 1936 the school was rebuilt by men who were part of President Roosevelt’s WPA program for the unemployed. Superintendent Weigand had drawn plans of the former building from memory, and the new school was built exactly as it was before the fire using federal funds and insurance money. The same foundation was used for the building, but since the wood floors of the previous building had helped spread the fire, the new school was built with concrete floors. By the fall of 1936, the new school was in operation. The new Timnath School opened during a period of economic distress soon followed by the beginning of World War II. During and after the war, the community assisted the school with a variety of programs, including maintenance of athletic uniforms and provision of hot lunches.

In 1954, the school was experiencing overcrowding due to the post- WWII “Baby Boom.” At that time, a new gymnasium/auditorium and a classroom were added south and west of the main school building. The new gym became the “boys’ gym” and the basement gym in the school became the “girls’ gym.” In addition to being used by students, the school was utilized by community groups such as theTimnath Community Players, which presented yearly plays in the auditorium.

As part of state-wide consolidations of school districts in 1960, Larimer County Schools reorganized and consolidated, and the Timnath Consolidated School District merged with others to form Poudre R-1 School District. When that happened, Timnath High School closed and the students in grades 10-12 were bused to Fort Collins High School. 435 students had graduated from Timnath’s high school program from 1921-1960.

In 1973, further school consolidations resulted in the closing of Timnath Junior High and the 7th and 8th grade students transferred to the brand-new Boltz Junior High. Timnath was left as an elementary school with enough Kindergarten - 6th grade students to fill the entire building. 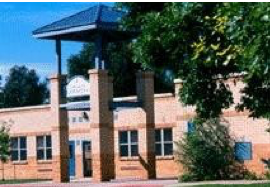 In 1987 plans were made for a new 10-classroom addition to      Timnath Elementary School. Construction was complete and    classes moved into the rooms in the spring of 1989. The       stage of the gymnasium/auditorium was walled off, and the   school offices were moved from the original building into   what   was previously the stage. The new addition to the   building was 18,400 square feet. This part of our school     currently houses our Computer Lab, Media Center, Preschool,   Kindergarten, and 1st grade, and classrooms for Integrated   Services and English Language Development.

In 2002, another new addition was gained in the form of a “flex room,” and this now serves as our Timnath Café (cafeteria and kitchen) and Base Camp (before and after school care). Our iconic Bell Tower was built that same year, and Timnath’s leadership and parent communities lobbied for and received a decommissioned Navy bell to hang in the tower and serve as our bell to begin and end the school day. This bell replaces the bell that is missing from the red schoolhouse bell tower, which some Timnath residents recall was donated to support the war effort’s call for scrap metal during WWII.

In 2009 a 2nd grade classroom on the east side of the school was converted into the school’s main office for easier access and to increase school security. The Timnath School community has been in existence for well over a century. Although the buildings have changed, our spirit is steadfast and remains true to the persevering and pioneering goal of delivering an excellent education for the children of Timnath.

School documentation and records, photos with captions for 1866-1935